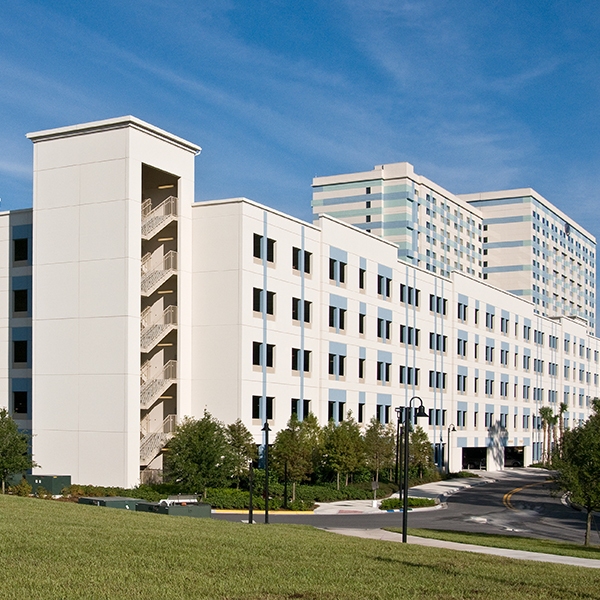 By adding FINFROCK to the design-build team in the early planning stages of this project the developer was assured the most cost efficient garage for the resort. FINFROCK provided complete design-build services to the developer in addition to working with the program architect for the two major hotels.

FINFROCK suggested site plan changes that provided a different footprint than originally designed for the garage. Changes to the footprint allowed for a garage with more cost advantageous geometry which saved the owner over $2,000,000. The resulting garage surpassed expectations in its functional efficiency and ability to compliment the appearance of both hotels.