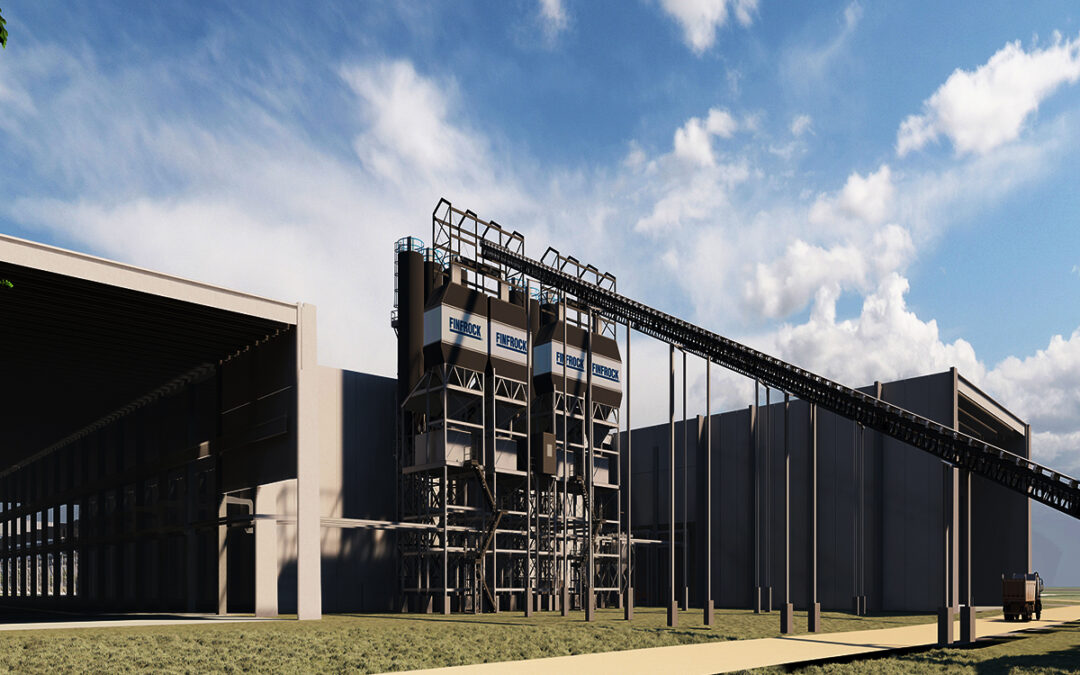 More than 200 jobs to be created in Belle Glade, Florida

FINFROCK, a Central Florida design-builder and manufacturer and one of that area’s largest employers, has completed an extensive search of South Florida properties, identifying the Glades Gateway Commerce Park located at 500 Orange Avenue Circle in Belle Glade, Florida for the company’s future expansion into Palm Beach County.

FINFROCK expects to invest more than $36 million into more than 140,000 sq. ft. of precast concrete manufacturing facilities and administrative offices, located on approximately 94 acres in Belle Glade, Florida. The plant will allow FINFROCK to better serve commercial developers in Palm Beach, Dade, Broward and Southwest Florida counties, while bringing much needed jobs and economic stimulus to the region.

“We are excited about the prospect of being part of the Belle Glade community,” said CEO Allen Finfrock. “We have been working closely with city and county officials to help bring this project to fruition. If the project continues as planned, we hope to break ground on the new facility in 2021.”

On March 9, the Palm Beach County Board of County Commissioners will vote to approve economic incentives for FINFROCK, which has committed to creating more than 200 higher-wage jobs in the Belle Glade district over the next 10 years. The total five-year economic impact to the region is estimated to be at least $242 million.

“I’m tremendously excited that FINFROCKS’s South Florida home will be in Belle Glade. Another success of Palm Beach County’s Economic Development Program in partnership with the Business Development Board, this marks a wonderful economic boon for the Glades region. This 140,0000-sq.-ft. project will bring nearly 200 well-paying jobs and will further diversify the region’s economy,” said Palm Beach County Commissioner Melissa McKinlay.

Prior to the pandemic, Belle Glade and surrounding towns had one of the highest unemployment rates in the country at 48.6% and the highest poverty rate in the state at 39.1%. While the median household income in the area is $25,873 (according to the Census), FINFROCK will offer a variety of jobs at several skill levels, along with opportunities for career advancement and additional training. 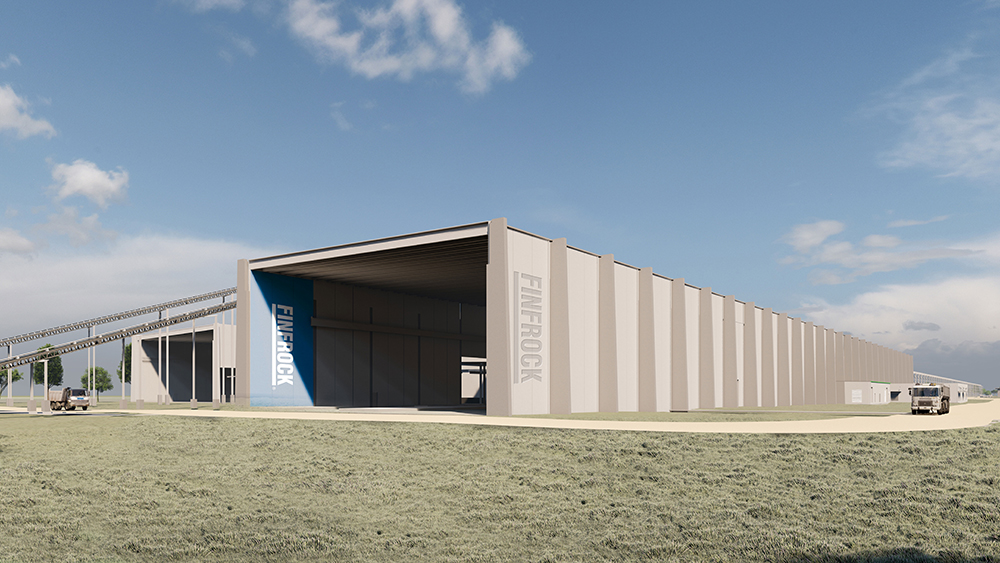 On March 9, the Palm Beach County Board of County Commissioners will vote to approve economic incentives for FINFROCK, which has committed to creating more than 200 higher-wage jobs in the Belle Glade district over the next 10 years. The total five-year economic impact to the region is estimated to be at least $242 million.

“This is the largest economic development project that the Business Development Board has facilitated in the Glades in 30 years. It will be transformational due to the size of the newly constructed building, capital investment and new jobs created. We appreciate the support from the Belle Glade Mayor Steve Wilson and City Manager Lomax Harrelle who have worked so hard to create an expedited and seamless process for FINFROCK. This company is going to be a great corporate citizen for the entire Glades region,” said Kelly Smallridge, President and CEO of the Business Development Board.

“I am overwhelmed with the fact that such a multi-million-dollar project will be located in the City of Belle Glade. This vertically integrated project will not only provide the much-needed job opportunities, but it will also have a much-needed positive fiscal impact on our Community as whole. We have been waiting for such employment opportunities at this site since the close of the former state prison. The City of Belle Glade and the Glades Communities would like to say thank you to our hometown business partners and the powers to be who made this happen,” noted Belle Glade Mayor Steve Wilson.

For 75 years FINFROCK has been known for innovation, design excellence and constructing large buildings in record time. FINFROCK offers in-house professionals for each phase of the design-build process, providing a low risk, cost effective, faster method of procuring buildings, including commercial, multifamily and mixed-use facilities. FINFROCK’s high-profile clientele include many of Florida’s universities, hotels, hospital systems and municipalities.

“We are looking forward to expanding our presence in the South Florida market through our commercial, multifamily and mixed-use projects,” said President Bill Finfrock. “FINFROCK has already designed, manufactured and constructed more than 40 parking garages in the tri-county area, but this new project will broaden our reach allowing FINFROCK to offer a competitive parking solution to a larger share of the market.”

FINFROCK is a private, independently owned company that utilizes proprietary technology to design and build structured parking, hotels, student housing, office buildings, multi-unit residential complexes, and mixed-use facilities. FINFROCK’s in-house architects, engineers, precast designers, cost estimators, quality control personnel, and construction managers specialize in design, manufacturing, and construction and allow FINFROCK to serve as a single point of contact for our customers.  Lowering both cost and risk for owners, FINFROCK is the only vertically integrated design-builder of its kind in the industry. Founded in 1945 and headquartered on a 93 acre complex in Apopka, Florida, FINFROCK has been serving customers in Florida and select locations nationally for over 75 years.  FINFROCK is also the recipient of multiple awards for innovation and design excellence. Visit our website to learn more: www.finfrock.com.

About The Business Development Board

The Business Development Board of Palm Beach County is the official public/private economic development organization for Palm Beach County and Enterprise Florida. Founded in 1982 as a not-for-profit corporation, corporate relocations, expansions and international trade. During the past five years, the BDB has assisted companies that have created more than 12,822 direct jobs with average salaries greater than $69,062, resulting in more than $777 million in capital investment to Palm Beach County and an economic impact that exceeds $6.87 billion. Additional information can be found at the BDB’s web site, www.BDB.org. 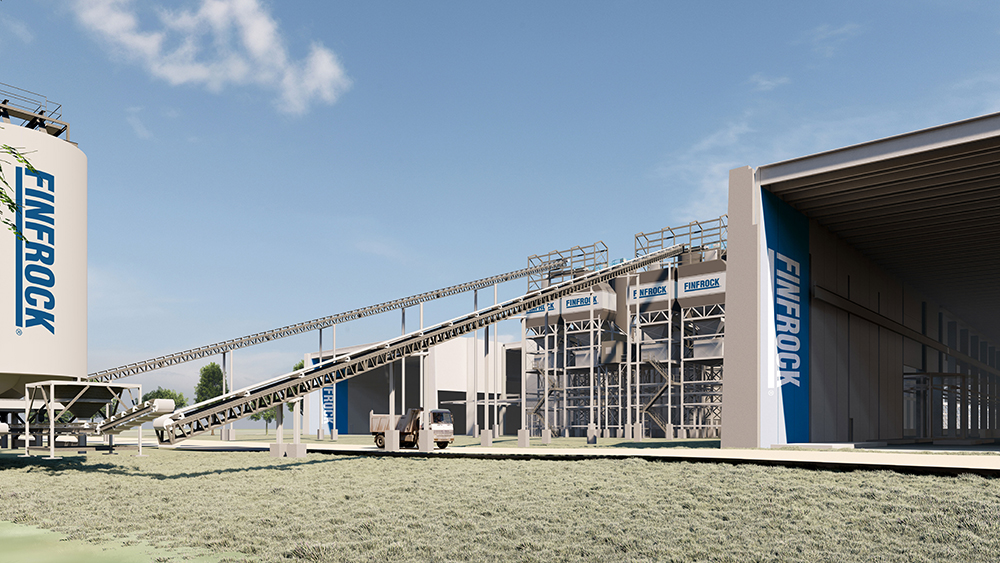 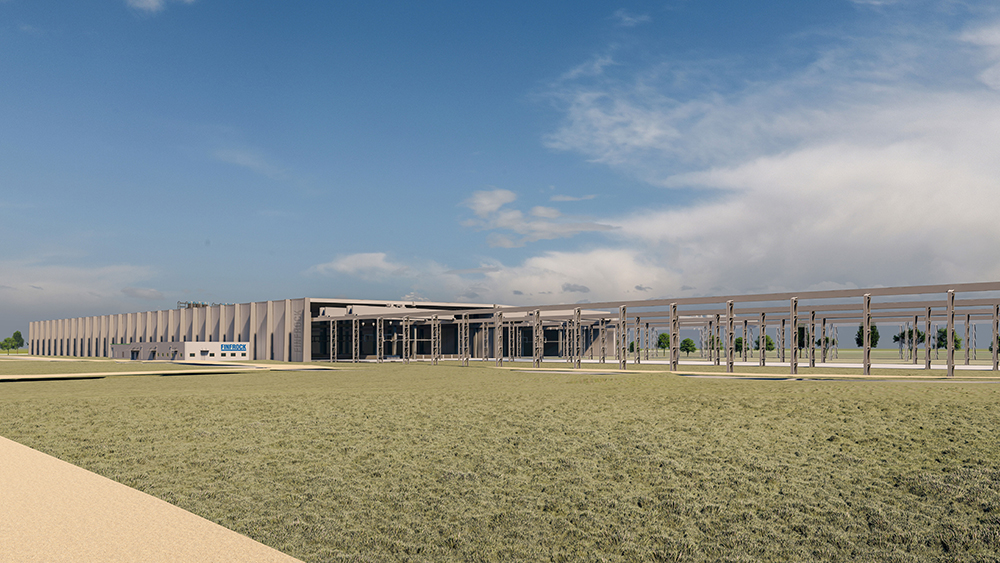