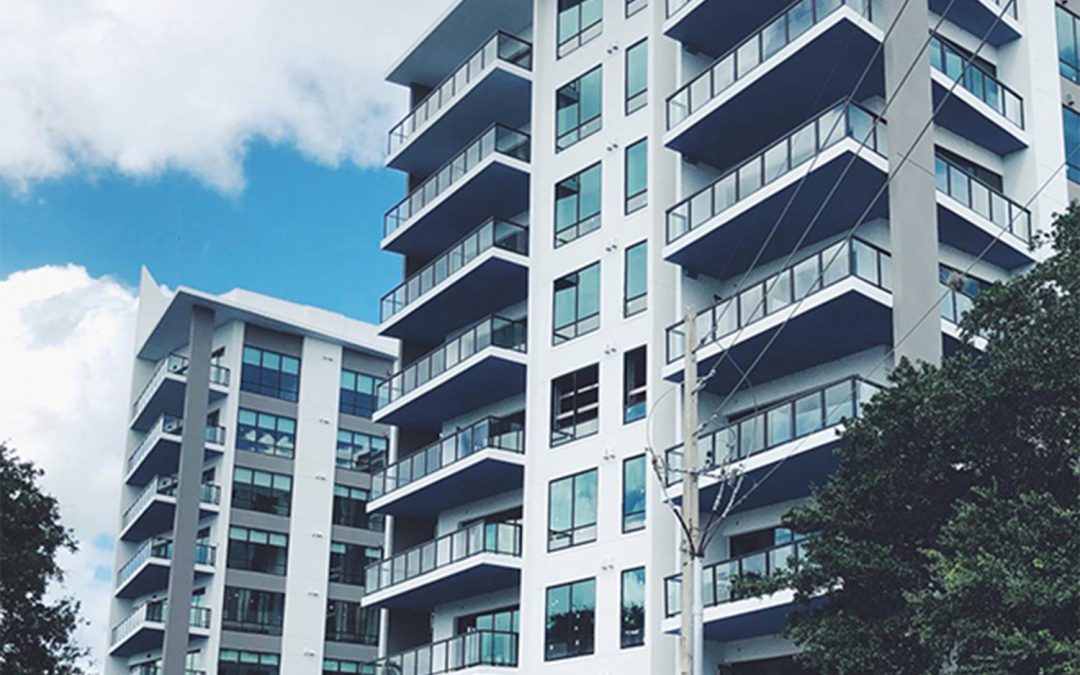 FINFROCK has always known that people are its greatest asset. Construction is a complicated business and success requires the skills and efforts of a diverse group of people, engaged in a wide variety of activities.

In honor of National Construction Appreciation Week, we’ve chosen to highlight a few of our employees actively involved in some of the region’s most-watched developments, including the two new multifamily projects FINFROCK is building in downtown Orlando.

Today, get to know Construction Project Manager Nathan Benge and Construction Superintendent Justin Gabbard, who are both a vital part of FINFROCK’s award-winning design-build process. 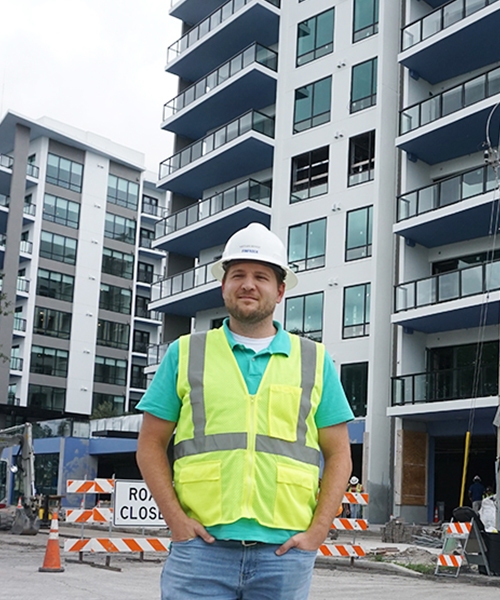 Nathan’s journey at FINFROCK started about a year and a half ago as he moved from Texas to Orlando to accept a project manager role with the company. Lake House is Nathan’s first project with FINFROCK and his first time working on a high-rise building project!

What brought you to FINFROCK?
I’m originally from Alabama and my family and I have lived all over the place from Georgia to Washington, Nevada, Alaska and Texas. We were trying to decide between Atlanta and Orlando when I got the call about getting the job. And we figured a lot more family members would want to visit us in Central Florida.

What’s something you enjoy about working on Lake House?
I like being involved in all facets of the project, seeing the big picture, and getting to work with the different teams, from design to manufacturing. It’s amazing how we can overcome obstacles by collaboration and having everyone on the same team.

What’s a challenge you’ve faced while working on this project?
Because of the way we design and build, we’re responsible for all moving parts of the project and we take on that risk. For all the good that comes with it, we make the challenges of collaboration our problem.

If you could show anyone around a project site, who would you choose?
I would bring my Dad. Since we’ve moved around a lot and my parents are older and don’t travel as much, they haven’t really had the chance to see some of the projects I’ve worked on. My experience is in roadways, chemical plants, the projects that aren’t really sexy like buildings are! The cool thing about this job is that people see it on the interstate, the architectural component adds a whole new element to it and it’s something I think my family would like to see. 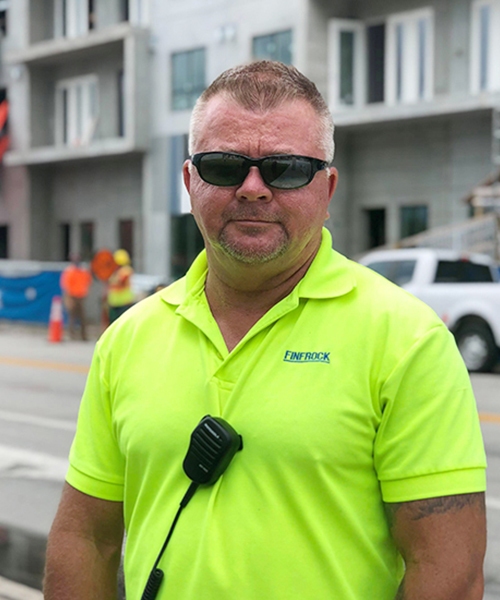 Coming from a family of construction personnel, Justin Gabbard has always showed an interest in the design-build and construction industry. Overall, Justin has completed 11 different parking garages during his time at FINFROCK and 336 North Orange marks his first multifamily building project with the company!

What was your first project that you worked on?
664 Universal Studios. It was a parking garage, which really differs from the work we’re doing here now. Parking garages and finished buildings are a totally different ball game, they aren’t even the same sport! We have so many more people on a project like this one, there’s 226 different people on the job site and 226 personalities to go with it, it’s just much larger.

What’s been a challenge on this project?
We’re working with limited space, so logistically it can be difficult. We’ve had to shut this lane down Robinson & Orange) daily so it makes deliveries and loading to parts of our site a struggle. The downtown area is very compact for large projects.

What’s rewarding about working on 336 North Orange?
Watching the building grow, coming up with a plan and then executing it.

Is there anything you would like to see FINFROCK build?
No. But the bigger the better!

If you could show anyone around a project site, who would you choose?
I would bring my grandfather to show him what we can do. His dad came over from Ireland was a stonemason, so I know he would appreciate the science behind it and would be fascinated by our process.