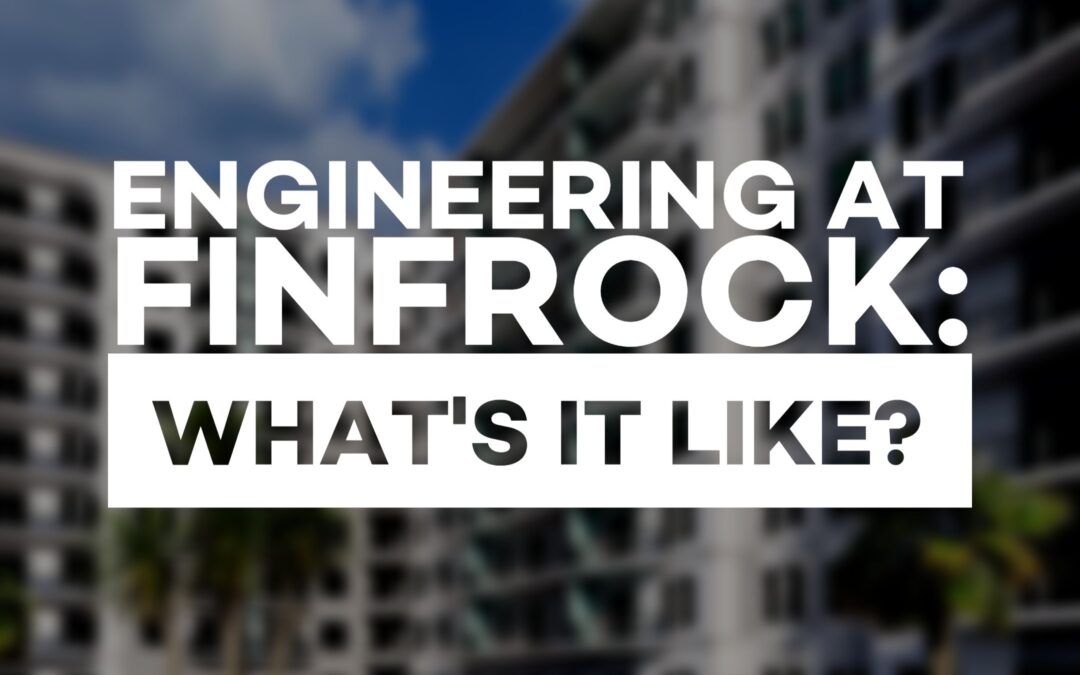 Beginning this year on February 20th, National Engineers Week is dedicated to ensuring a diverse and well-educated future engineering workforce by increasing interest in engineering and technology careers. As a vertically-integrated design-build firm, FINFROCK is powered by several talented structural engineers that work on some of Florida’s most exciting projects. Here to share some of his career experience is Travis Henriques PE, one of our project engineers!

Travis began his career with FINFROCK as a summer Fintern in 2013 with job-shadowing rotations through FINFROCK’s precast drafting and production departments. Having graduated from the University of Central Florida with his bachelor’s degree in civil engineering in 2015, Travis has been a key contributor of our engineering department and was even involved in the first multifamily project that utilized FINFROCK’s unique building technology –the DualDeck.

One of the first projects Travis worked on was the I-Drive 360 parking garage. In addition to I-Drive 360 Garage, Travis has also worked on the Ocala Parking Garage, Juno Winter Park, Universal Orlando Resort’s Surfside Inn & Suites, and Dockside Inn & Suites as the Project Engineer. In addition to his undergraduate degree, Travis recently earned his master’s degree from UCF with a focus on structural and geotechnical work.

Travis has implemented research and development projects here at FINFROCK, developing a new UL (Underwriter’s Laboratories) detail, and has taken the lead on the engineering component of a new prototype of cantilever balconies for multifamily projects. 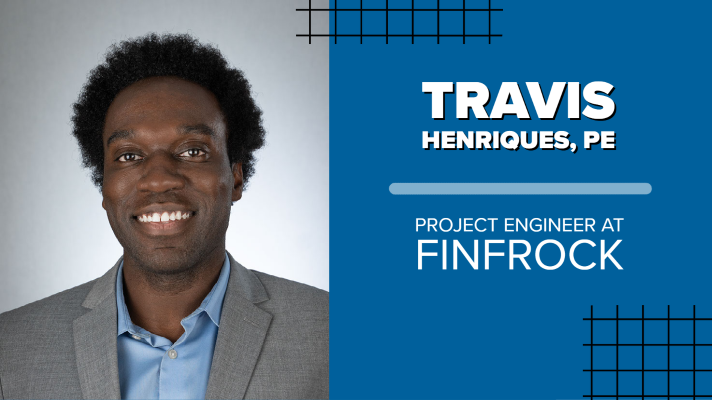 Q. When did you decide you wanted to become an engineer and why?

” I decided that I wanted to try engineering toward the end of high school. I was interested in problem solving, so engineering intrigued me. After researching and speaking with a family friend, I decided on civil engineering as my college major. Once I was in college taking classes, doing activities, and gaining exposure to the industry, I knew I wanted to be in the structural engineering/construction industry.”

Q. What is your favorite part about your role at FINFROCK as a project engineer?

” My favorite part about being a project engineer is the variability in work that I do. Most of my work falls under 3 categories- Engineering, Coordination, and R&D/Standards. Between those categories and the various jobs that I work on, it creates a lot of combinations of types of work I do. Variety keeps me engaged and interested.”

Q. What was the most challenging project you have worked on and what made it so challenging? 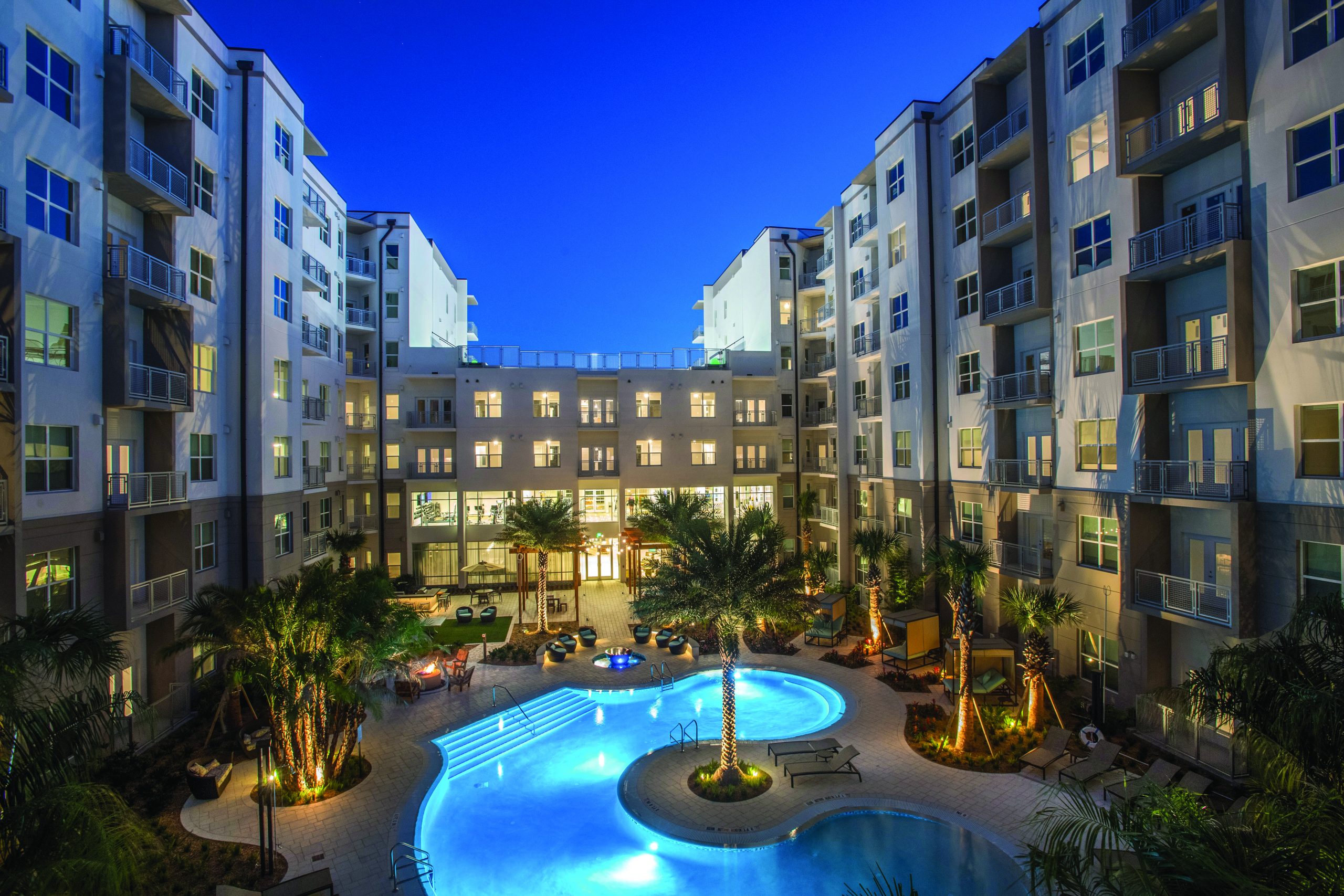 An exterior shot of the poolside and build of Juno, a luxury apartment building in Winter Park, FL.

” The Broadstone Winter Park (now Juno Winter Park) project was my biggest challenge at FINFROCK for many reasons. It was my first major project serving the role of project engineer. This was also the first apartment complex job for FINFROCK using the DualDeck system. Also, I was put on this job well into the design phase due to personnel changes, so I had to catch up quickly. It was a lot of work and long hours, but I had a great team and learned a lot from that experience. It set me up for where I am today in my career.”

Q. What advancements have you witnessed in the engineering industry that have enhanced the process?

” In my time at FINFROCK, I have seen the company move from paper drawings with 3D modeling only for precast connections and rebar to 3D modeling for every aspect of the process. Even the construction and manufacturing teams in the field have access to 3D models to do their jobs. This has led to identification of problems and clashes much earlier on in the design process. It sometimes puts a heavier workload on the designers, but for the better of the project.”

Q. What are you looking forward to the most in working on the Aliro multifamily project FINFROCK is building in Miami? 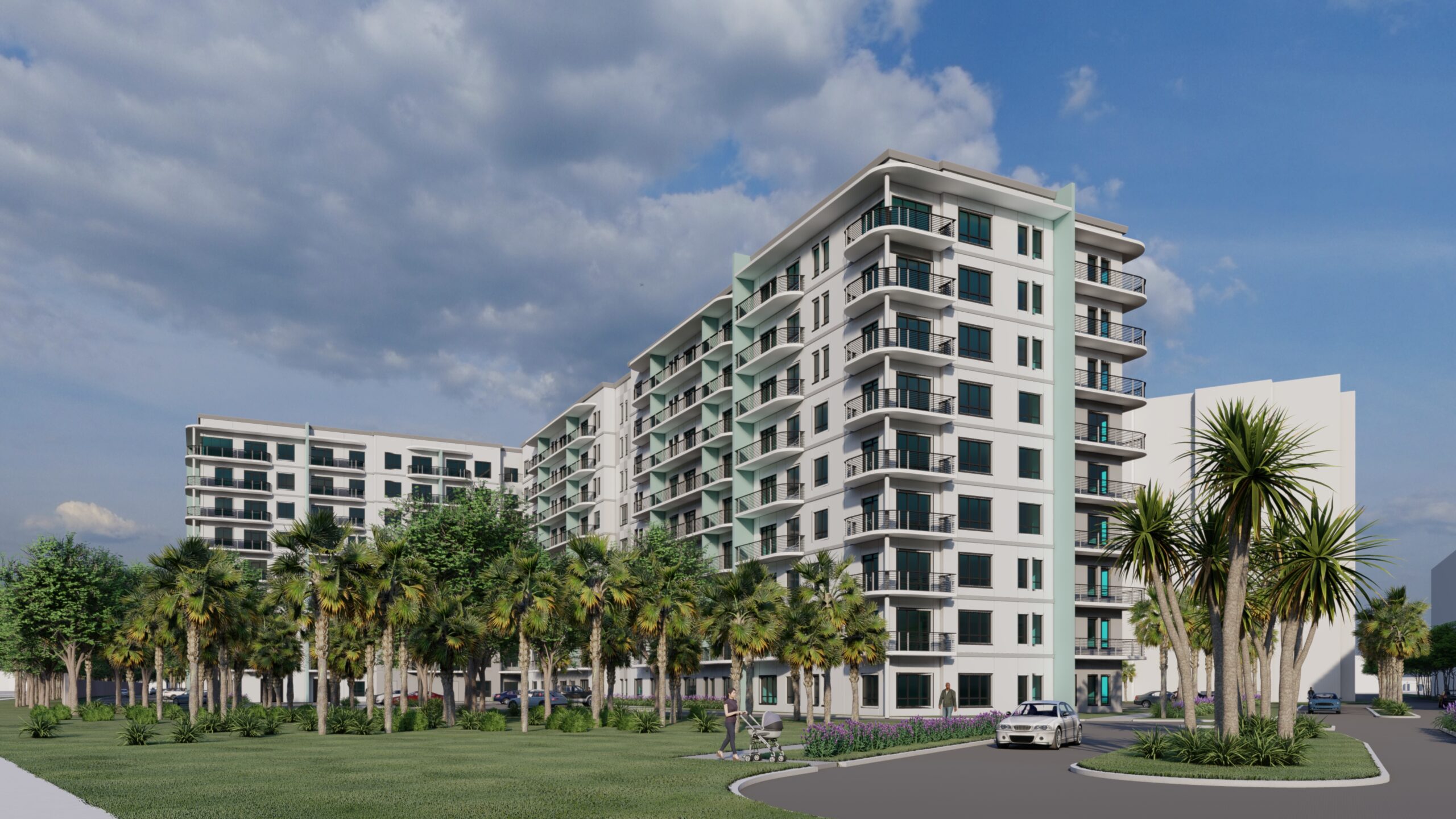 A rendering of the Aliro luxury apartment project that FINFROCK will be building in Miami.

” Miami has always contained amazing architecture and building projects, so it’s exciting to bring a new FINFROCK multifamily project to the area. Also, I visit Miami pretty frequently so it will be cool to see my project for years to come.”

Q. What is the biggest FINFROCK project you have worked on and what was it like? 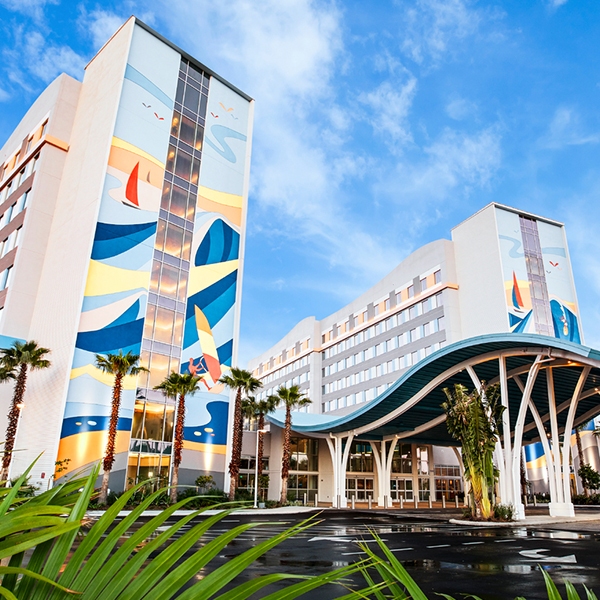 ” The biggest project that I have worked on was Endless Summer Resort for Universal Studios. These were two 13-story hotels in Orlando. It was very cool to work on such large buildings. After looking at the project for a year on paper and screens, it was impressive to see the scale in real life during my first jobsite visit.”

Q. How do you apply your engineering expertise to life outside of work?

” Engineering has made me even more analytical, objective, and task-oriented than I already was. It bleeds into my life outside work. I am pretty organized in tasks that I need to get done outside of work. I also thoroughly think things through, even to a fault at times.”

Q. What advice would you give to students who are currently pursuing an education in engineering?

” When it comes to engineering, get involved in activities outside of the classroom. There are plenty of clubs, events, mentorships, and internships related to your field of interest. The earlier you get involved in these things, the better! They help you find out if you have a genuine interest in the industry. Also, it is great for networking and learning.”