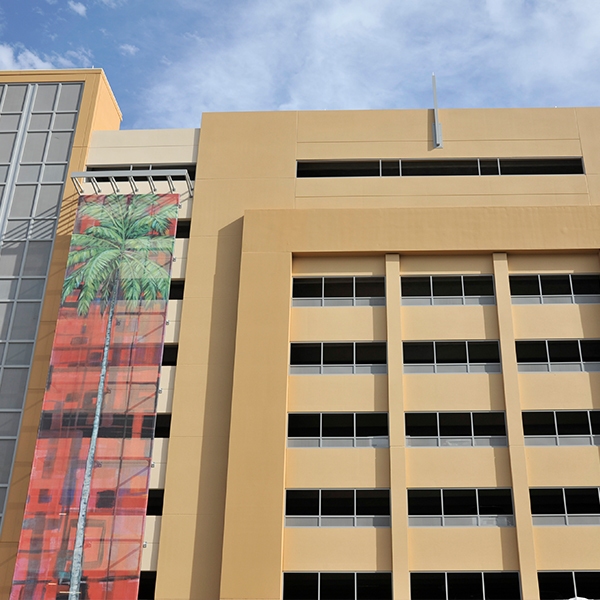 FINFROCK competed on a team in answering a design-build RFP for this project. The team was ultimately awarded the contract based on lowest price and best design. FINFROCK acted as the architect and engineer of record in addition to being the precast/prestressed subcontractor and erector.

The facade of the 746,550 square-foot garage was upgraded to complement the adjacent medical office building at a cost that was acceptable in the hospital’s budget. This was the fifth parking garage project FINFROCK completed on the Orlando Health Campus.